Free of charge or an extra fee? Home delivery or not? In the evening or during the day? Cross-border e-commerce is booming. But the delivery preferences of international online shoppers differ, sometimes significantly. This article highlights the key results of a survey* conducted by Seven Senders and the market research institute YouGov.

The delivery preferences of European consumers: similarities and differences

Basically, 55 percent of all 8,602 respondents from the nine countries participating in the study - Austria, Belgium, France, Germany, Italy, the Netherlands, Spain, Switzerland, and the UK - say that delivery costs are the most important criterion when choosing an online shop.

On this point, the delivery preference of European customers is close, ranging from 52 percent of the German online shoppers surveyed to 59 percent of the Austrian study participants.

A look at the detailed questions, however, reveals important differences: To the question: "Does delivery have to be free for you to order from an online shop?", a total of 26 percent answered yes. With 39 percent, the Spanish respondents express the highest rate of agreement and 17 percent of British customers the lowest. For a total of 33 percent of the study participants, delivery costs play a minor role or no role at all - depending on the product and availability.

The figures vary even more between the UK (52 percent) and the Netherlands (21 percent). For many consumers, the willingness to pay delivery costs depends on the order value. For a purchase sum of 20 euros, only six percent of the Italians surveyed, 34 percent of the Dutch, and an average of 20 percent of all participants expect free delivery.

For as many as 52 percent of Italians and 30 percent of Dutch respondents, sustainable e-commerce means individual shipments are sent in bundles by the same shop. But are customers in Europe also willing to pay more money for sustainable delivery?

The majority of the European customers surveyed (57 percent) express their willingness. Here, the front-runner is Austria with 67 percent, while the UK is at the bottom of the scale with 50 percent. Information about the various sustainable delivery concepts for the last mile in Europe can be found here.

Consumers will accept longer delivery times - in some cases

When asked about delivery times for goods within Europe, the respondents in the nine countries are unanimous. A total of 87 percent would accept a longer delivery time if they knew that the shop operator did not have a domestic branch.

However, for an average of 39 percent - from 33 percent of the French to 44 percent of the Swiss - a delivery time of three to four days should not be exceeded. Additional costs for faster delivery from abroad are out of the question for a good half (54 percent) of those surveyed. However, in Italy, the rejection of additional costs is significantly lower at 44 percent than in Belgium at 62 percent.

Communication during delivery is important to online consumers

When it comes to preferred delivery dates, the preferences also differ widely: 62 percent of German and 37 percent of French online shoppers said they had not specified preferred delivery dates in their last five orders. However, the majority of the study participants appreciate communication about the delivery status. The most important message is to receive notification that their package has been sent, as a total of 74 percent stated. 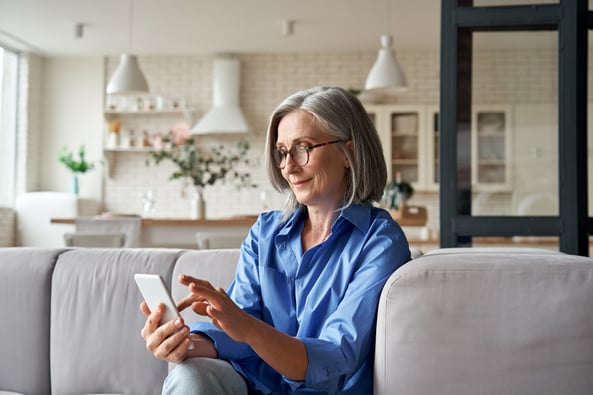 Speaking of delivery agents: 38 percent of all respondents - the Swiss stand out here with 54 percent stating they "don't care" who delivers the parcel.

The majority of respondents also want returns management to be just as convenient. A total of 56 percent of all participants in the study said that it was important or very important for them to be able to pick up a return from their home or office (home pick-up). The differences between the Mediterranean and the Baltic Sea are striking: 87 percent of the Italian, 83 percent of the Spanish, but only 38 percent of the German participants express this wish. 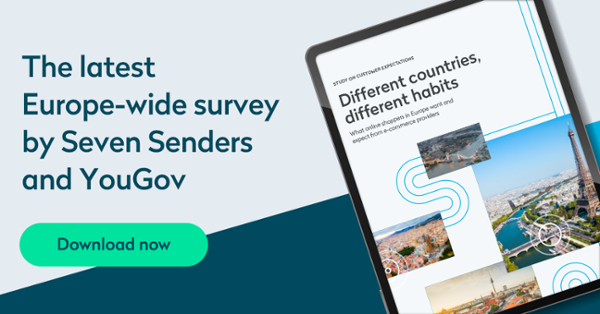 The survey clearly shows that success for online shops lies in the details. Those who tailor their delivery strategy to the different country-specific details of delivery preferences will be rewarded with satisfied online shoppers and thus secure the decisive competitive advantage for international success.

Details of the study on delivery preferences by age, gender, and place of residence including results on desired payment methods and returns management can be found in the study about customer expectations in online shopping in nine European countries.: "Other countries, other habits - what online shoppers in Europe want from e-commerce providers"

*The data used is based on an online survey by YouGov Deutschland GmbH in which 8,602 people in the Netherlands, Italy, France, Switzerland, Austria, Germany, UK, Belgium, and Spain participated between 28.01. and 05.02.2021. The results were weighted and are representative of the respective population aged 18 and over.